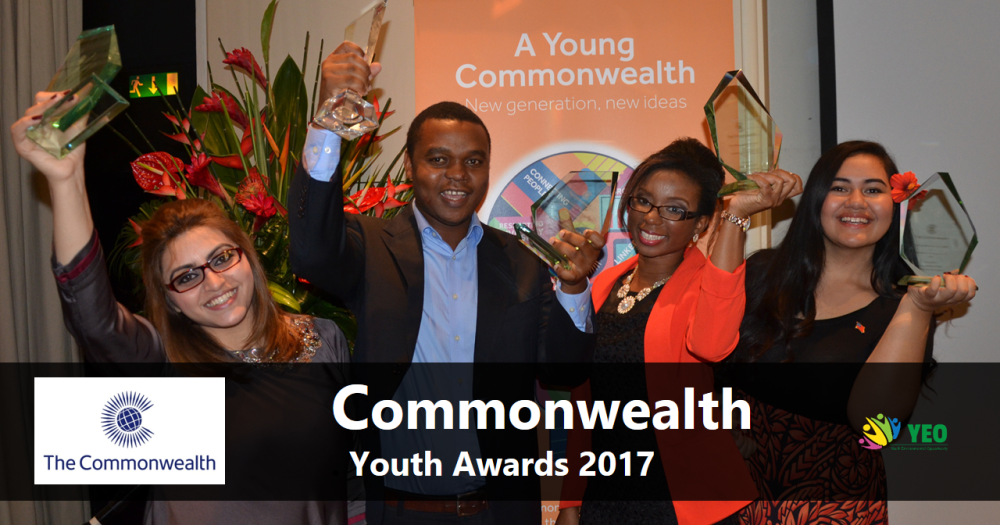 The Commonwealth Youth Awards for Excellence in Development Work aims to raise the profile and highlight the contribution young people make to achieving the Sustainable Development Goals (SDG’s). This award is presented to young people who are taking action to address development challenges in the world today from poverty, unemployment, climate change, violent extremism, lack of access to education etc. and are making a remarkable difference in the lives of the people in their local community, village, province, country, region and world at large.

The young people who will receive this award should demonstrate measurable/tangible impact through their development work.

The 16 Regional finalists will each receive a £1,000 grant, a trophy and a certificate.

The Pan Commonwealth Winner will receive an additional £2000 (a total of £5,000) a trophy and a certificate.

The 4 Regional Winners will be invited to receive their awards at an official ceremony in London, United Kingdom during Commonwealth Week, March 2017.

Awards will be decided on the basis of: