Applications are currently ongoing for the 2016 Global Student Entrepreneur Award (GSEA) For Undergraduate students who are interested.

The Entrepreneurs’ Organization (EO) has announced it is accepting applications for the 2016 edition of the Global Student Entrepreneur Awards (GSEA), a premier global competition for student entrepreneurs who actively run a business.

The competition, which started out in 1998, provides student entrepreneurs with mentorship, recognition and connections to take their businesses to the next level of success. 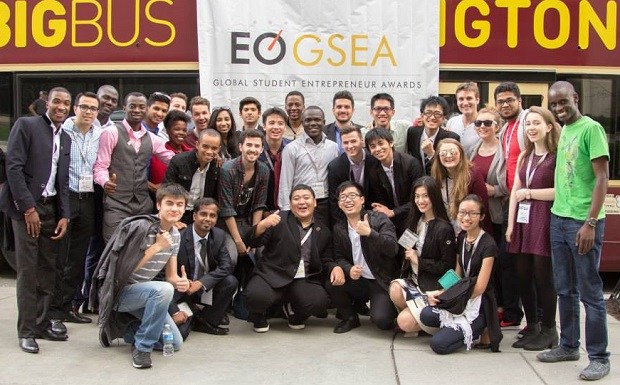 To be a part of the competition, student entrepreneurs who own for-profit businesses operating for at least six months with US$500 generated or US$1000 investments received will compete in local qualifying competitions to be able to compete with the very best at the Global Finals.

The winner of the prestigious awards carts away US$20,000 with donated business products and services including Web services, printing, PR, consulting and much more.

Deadline for the application is January 15, 2015 with the Global Finals taking place in Bangkok, Thailand in May 2016 at a yet-to-be-announced venue.

In 2011, student entrepreneur from the University of Cape Town, South Africa, Ludwick Marishane won the GSEA. He is the founder of Headboy Industries Inc., an innovative product-development and commercialization company currently focused on globally commercializing its DryBath® Gel product.

EO, founded in 1987 and headquartered in the US, is a global not-for-profit peer-to-peer network dedicated to inspiring entrepreneurs to learn and grow, with 8,000 members spread across 38 countries.