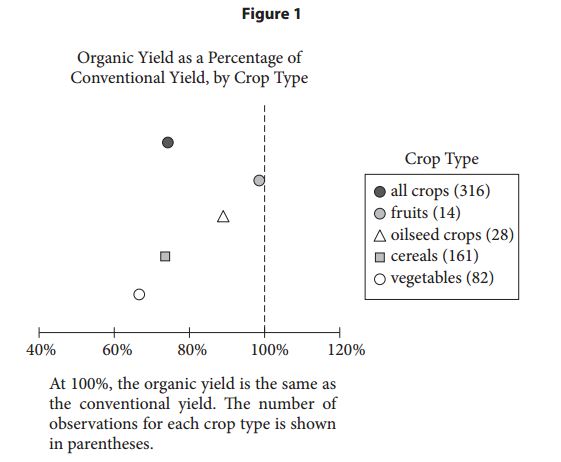 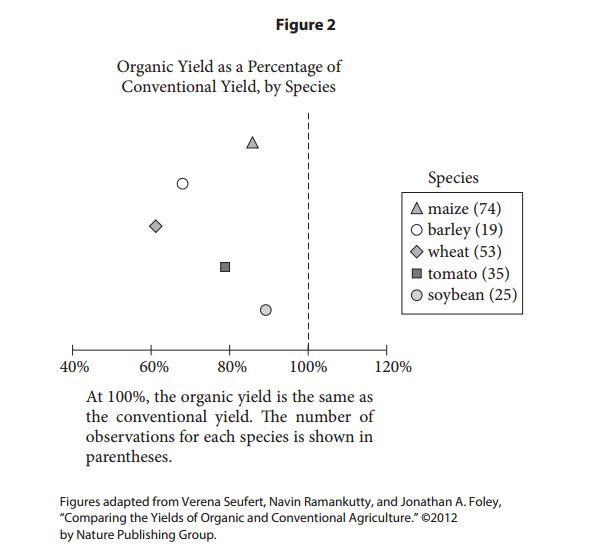 (5 of 10) Which statement best expresses a relationship between organic farming and conventional farming that is presented in the passage?

A)
Both are equally sustainable, but they differ dramatically in the amount of land they require to produce equivalent yields.
B)
Both rely on artificial chemicals for pest control, but organic farmers use the chemicals sparingly in conjunction with natural remedies.
C)
Both use nitrogen to encourage plant growth, but the nitrogen used in conventional farming comes from synthetic sources.

D)
Both create a substantial amount of nitrogen runoff, but only the type of nitrogen found in fertilizers used in conventional farming can be dangerous.

Choice C is the best answer. The passage makes it clear that while both conventional and organic farming need nitrogen for plant growth, conventional farming uses synthetic fertilizers and organic does not: “Conventional agriculture makes use of 171 million metric tons of synthetic fertilizer each year, and all that nitrogen enables much faster plant growth than the slower release of nitrogen from the compost or cover crops used in organic farming” (lines 61-65).