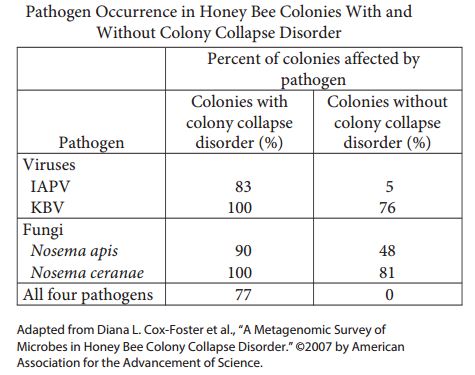 (10 of 11) Based on data in the table, which of the four pathogens infected the highest percentage of honeybee colonies without colony collapse disorder?

Choice D is the best answer. The table shows that 81 percent of colonies without colony collapse disorder were affected by the pathogen Nosema ceranae.

Choices A, B, and C are incorrect because they do not identify the pathogen that infected the highest percentage of honeybee colonies without colony collapse disorder as based on data in the table.