Home » Articles » Get To Know Your IQ In 5 Easy Steps

Get To Know Your IQ In 5 Easy Steps

Nigerian Scholars Last Updated: December 15, 2018 Articles
Share Tweet Email Google+ WhatsApp
What does your IQ mean? Does it even matter? Well according to Wikipedia: An intelligence quotient (IQ) is a score derived from one of several standardized tests designed to assess human intelligence.

The abbreviation “IQ” was coined by the psychologist William Sternfor the German term Intelligenzquotient, his term for a scoring method for intelligence tests he advocated in a 1912 book. When current IQ tests are developed, the median raw score of the norming sample is defined as IQ 100 and scores each standard deviation (SD) up or down are defined as 15 IQ points greater or less, although this was not always so historically.

Does it matter? Well, IQ scores are used for educational placement, assessment of intellectual disability, and evaluating job applicants. Even when students improve their scores on standardized tests, they don’t always improve their cognitive abilities, such as memory, attention and speed. In research contexts they have been studied as predictors of job performance, and income.

How To Know Your IQ in 5 Easy Steps

So how can you find out yours?

Step 1: Find Out If You Have Been Tested

Most times, most people have been tested when they were little, or during job interviews. So if you can lay your hands on the results, it is one easy way to find out your Intelligence Quotient. Also, if you were noted as “gifted” in school, you may have been given an IQ test. If it was when you were a child and you are an adult, you’ll have to take it again; the test for children is different. But if you were not, go to step 2. 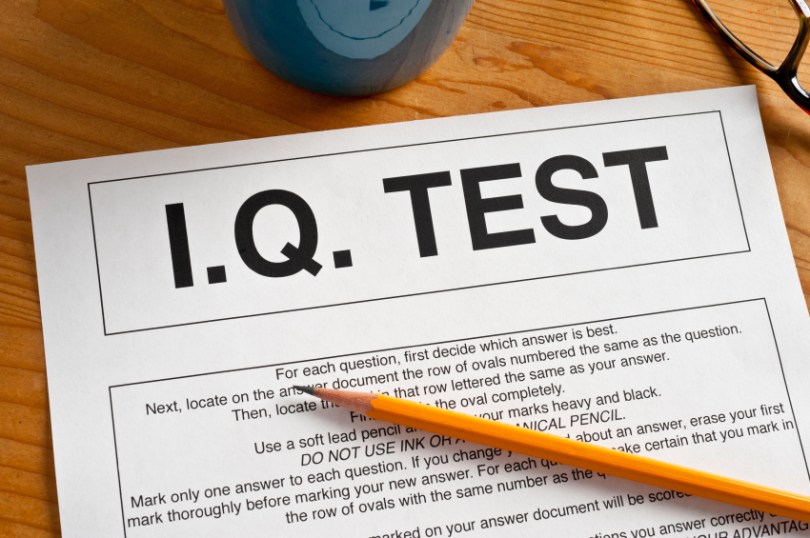 Step 2: Find Out Ways To Get an IQ Test

If you haven’t taken it before, seek out all the available resources. It can be as free or as expensive as you’d like it to be. Know however, that free testing online is not accurate. A psychologist does testing that can’t possible be done online. Therefore while it maybe free online, it is not accurate and cannot be as trusted as one done by a trained psychologist.

According to wikihow, there are actually a number of variations; you’ll want to consult an expert or do some thorough research to find out which one appeals most to you. Each test could give slightly different results as there is a standard deviation. For adults, common options are Raven’s Progressive Matrices, the Wechsler Adult Intelligence Scale, the Stanford-Binet, and the Woodcock-Johnson Tests of Cognitive Abilities. Adult evaluation can be obtained starting at age 17. Your IQ at that age will not change much over the years. It measures potential rather than actual education. All tests will measure your spatial, mathematical, vocabulary, analytical skills, problem solving skills, and short term memory. This is how they get their feel for a “general” intellect. After you get your results, move to Step 4.

Step 4: Know what your number means

The average person’s IQ is 100. On most tests, a score between 85 and 115, with the median deviation, indicates average intelligence. Even though humans have shown a pattern of rising 3 IQ points per decade, the scale is set so that the average is 100. However, this is not a percentile and certain factors should be known.

If you are tested professionally twice, you’re number will be close, and your true IQ is somewhere between the two numbers. If you were particularly tired or frustrated, you may want to take it again. Your IQ will vary from time to time, test to test, but only +- 1 SD. All the tests place you on a very similar level, much like scale you use to weigh yourself. Though weight scales may vary from scale to scale, you’ll get a pretty good idea no matter which one you use (especially if it’s been endorsed by a group of scientists).