10 Interesting Facts You Don’t Know About Your Body

Nigerian Scholars Last Updated: December 15, 2018 Articles
Share Tweet Email Google+ WhatsApp
You might feel you know your body, than anyone else. and you might be right. However, there are several facts about your body, you do not yet know, some are strange, others funny and others quite interesting. Below are 10 facts we sought to bring to your notice:

You already know that some species of reptiles shed their skin, but did you know, humans do too?Well not as dramatically, but without knowing, humans shed about 600,000 particles of skin every hour. That works out to about 1.5 pounds each year, so the average person will lose around 105 pounds of skin by age 70. Kind of creepy isnt it?

Just like you change clothes, your stomach changes its lining. Did you know that you get a new stomach lining every three to four days? If you didn’t, the strong acids your stomach uses to digest food would also digest your stomach. Really smart design obviously went into the creation of the human body and stomach. 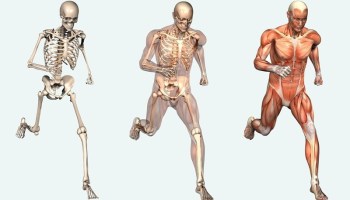 More exposure to sunlight, air and use, make your nails grow faster, did you know that? If you’re cli­pping your fingernails more often than your toenails, that’s only natural. That is why, fingernails grow fastest on the hand that you write with and on the longest fingers. On average, nails grow about one-tenth of an inch each month.

Did you know lack of sleep could kill? Even faster than lack of food? Yes. You can go without eating for weeks without succumbing, but eleven days is tops for going without sleep. After eleven days, the human body will literally shut down, once and for all. So do not joke with the importance of sleep.

Remember Wolverine? Turns out all humans have metal in them, although not as much as he does. Studies have proven that your body has enough iron in it to make a metal nail 3 inches long. And most of it is in the blood.

Have you ever wondered at the power of the human eye? Well here is some fascinating information about this superb organ. First, the human eye can distinguish about 10 million different colors. And secondly, if the human eye was a digital camera it would have 576 megapixels. Wonderful isn’t it?

The human heart is remarkable, did you know, Your heart can keep beating even if it is separated from the body because it has its own electrical impulse? And that every day, your heart creates enough energy to drive a truck for 20 miles (32 km)? You need to take care of it though.

An adult has fewer bones than a baby. We start off life with 350 bones, but because bones fuse together during growth, we end up with only 206 as adults. Interesting facts? Tell us what you think in the comments section.